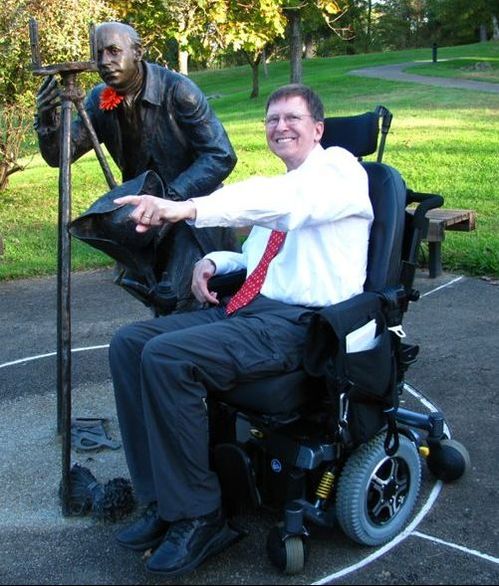 Jamie Shumway grew up and attended college as an undergraduate in Northern California, where he honed sailing and alpine skiing skills among his various other interests.  He moved to North Carolina in the early 1970s, chasing a failed relationship.  By the mid-70s, he diversified his outdoor pursuits to include rock climbing while exploring the mountains and trails of Appalachia.

In 1981, he received his doctorate degree from UNC-Chapel Hill, and took his first professional job at the University of Kentucky.  Once there, he continued his love of adventures through white water boating, where he kayaked and canoed streams throughout the region.  He moved to Morgantown, West Virginia, in 1985 building a career and ultimately serving as Associate Dean for Medical Education in West Virginia University’s (WVU) School of Medicine for twenty years.

While making significant contributions to medical education both at WVU and in professional organizations, Jamie continued to find time for his outdoor interests and shared those passions with his family.  In 2012, he retired from WVU earlier than planned to take on a new, important challenge with a serious illness:  Amyotrophic Lateral Sclerosis (ALS), also known as Lou Gehrig’s disease.  While enduring his physical decline due to this degenerative disease, he began his last great adventure:  writing this memoir.

This memoir tells his life stories and adventures, both outside and inside.   He lived at home with his wife and son, who cared for him with the help of their supportive community of friends and professional aides.  Jamie kept smiling and trying to enjoy each day until the last one arrived on Friday October 10, 2014, when he simply couldn’t take another breath.